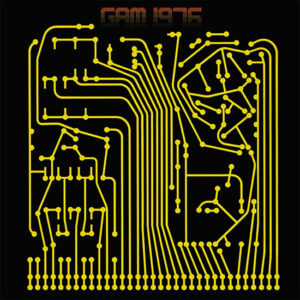 A powerful trio of mind-expanding krautrock sounds formed in 1973, they recorded their first sessions in 1976, improvising directly to tape in Schickert’s basement – but these weren’t released until 1986, originally in cassette format – reissued some years later on CD