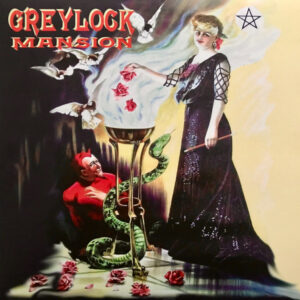 LYSERGIC SOUND DISTRIBUTORS unearths another unknown buried treasure of pure 1960’s underground psychedelia by GREYLOCK MANSION, a potent four piece band that emerged loudly from the Sonoran Desert city of Tucson, Arizona in 1968. There’s a total of nine original songs, all of them restored and remastered from the original 1969 studio reels that had been stored for more than 45 years. Six of these songs were never released while three of the songs had been released on two private label 45 micro-pressings in 1970 and 1971.