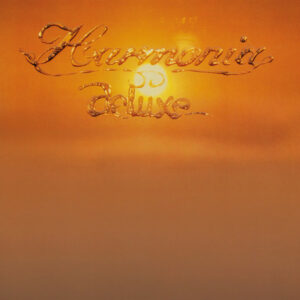 Harmonia was formed in the early ’70s by Hans-Joachim Roedelius and Dieter Moebius of Cluster, together with Michael Rother of Neu!. Although this Kraut rock supergroup produced only two albums, its minimalist sound laid the groundwork for ambient and motorik rock for decades to come. Leaning slightly more towards Cluster’s sound of that band’s second and last release, 1975’s ‘Deluxe’ (here reissued on vinyl) features more structured songs, along with a sparse spattering of vocals, and a guest appearance of Mani Neumeier of Guru Guru on a few tracks. 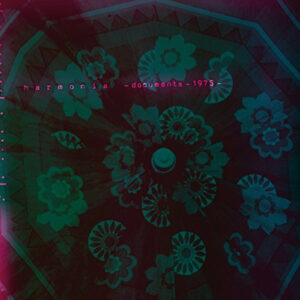 This collection consists of two unearthed live recordings, capturing the ‘Deluxe’-era incarnation of the group with additional drumming by Mani Neumeier of Guru Guru, as well as two pre-‘Deluxe’ studio experiments that are as bright and shimmering as anything on the group’s two official studio albums. “Absolutely necessary purchase for any and all krautrock/kosmiche disciples!” 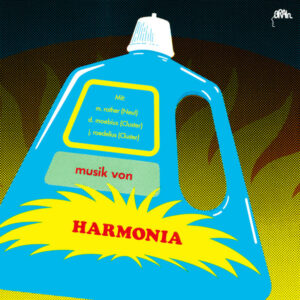 Vinyl reissue of the neu/cluster supergroup’s 1974 debut; although they released just 2 albums, they were very influential & perfectly embodied the krautrock ideal.
Called “the world’s most important rock group” by brian eno, the legendary minimalist avant-garde band harmonia was formed in the early ’70s by michael rother (of neu!), hans-joachim roedelius & dieter moebius (both of cluster). while leaning slightly towards cluster’s more ambient sound, they were also entirely their own entity, a jet engine running clean & precise but also spouting asphyxiating aural exhaust.