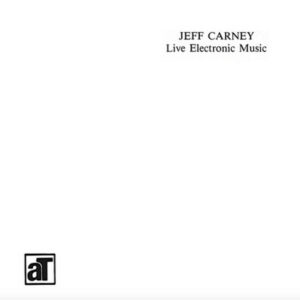 Jeff Carney’s sophomore effort for audioFile (1989) could not have been criticized were it to have remained in similar territory as the electronic wall of sound he had created on Imperfect Space Journeys. Instead, he created a more sparse, evolving tapestry of analog timbres. Using an exclusively vintage analog arsenal and recording live without overdubbing, Carney pushed forward with new ideas and uniquely developing sweeps of filter madness. The album was completely uninfluenced by the digital trends that were dominating the era, and stands as a landmark example of the uncompromising ethos adopted by many artists of the 1980’s underground. Featuring an all new essay and interview with Jeff Carney by Jerry Kranitz (author of the “Cassette Culture” book and publisher for nearly two decades of Aural Innovations), this is the definitive reissue of Live Electronic Music.