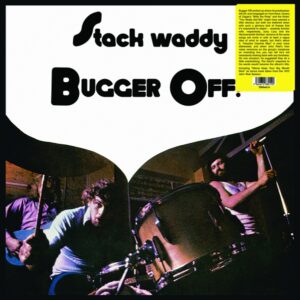 ‘Bugger Off!’ picked up where its predecessor left off, and rampaged on from there. Covers of Zappa’s ‘Willy The Pimp’ and The Kinks’ ‘You Really Got Me’ might have seemed a little obvious, but both are battered down with such a glorious lack of finesse that it’s impossible to object – anybody familiar with, respectively, Juicy Lucy and the Hammersmith Gorillas’ versions of the same songs will come in with at least a vague idea of what to expect, but that’s about it. 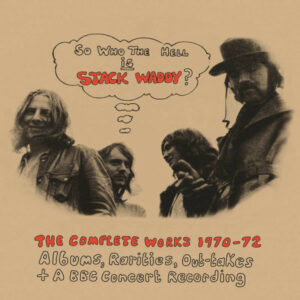 John Peel favourites and Dandelion Records proto-metallers Stack Waddy burned brightly and briefly during a recording career that barely lasted two years in the early 1970s. Leaving behind two albums of pounding, blues and psych infused heavy rock, some BBC appearances and a handful of outtakes, the Manchester four-piece imprinted themselves firmly enough on the memories of anybody who saw them to remain cult favourites today.