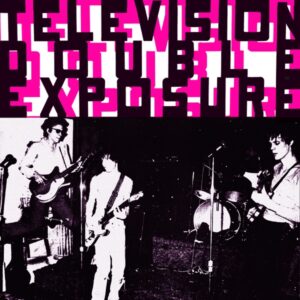 This is the demo recording sessions from Television in 1974 under Brian Eno‘s guidance. The A side demos were recorded at Good Vibrations Studios in NYC with Richard Hell on bass, and produced by Brian Eno and Richard Williams of Island Records. It also includes three live tracks from CBGB’s in 1975 including the unreleased “(I Look At You And Get A) Double Exposure”, the band never recorded in studio.