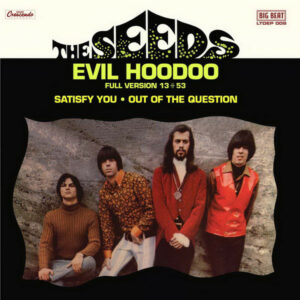 Big Beat’s very special offering for Record Store Day 2011 is a vinyl sampler of the delights in store with their forthcoming Seeds reissue campaign.
All three tracks on the limited edition ‘Evil Hoodoo’ 10” have never appeared on vinyl before, and two are completely unreleased: a storming early take of their punkoid B-side ‘Out Of the Question’, and the full unedited take of much-beloved album cut ‘Evil Hoodoo’, which never lets up once, during an astounding 15 minutes of fuzz-filled mayhem. Rounding out the programme is the single ‘Satisfy You’, minus the distracting fake audience it originally featured upon release in 1968. 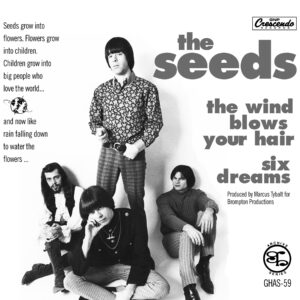 The Seeds – The Wind Blows Your Hair / Six Dreams

A non-LP cut beloved of Seeds fans to this day, ‘The Wind Blows You Hair’ comes with new and exclusive sleeve art.