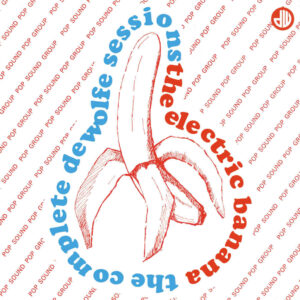 Initially coming together during a Fontana-era lull in The Pretty Things’ prodigious career, the band’s now-legendary body of work for music library de Wolfe as The Electric Banana saw their alter-egos become parallel universe superstars… Taken from the original master-tapes, the 3-CD set The Complete De Wolfe Sessions represents a number of firsts: the first-ever legitimate CD issue of these recordings (authorised by both The Pretty Things and de Wolfe), the first time that the Banana’s Sixties and Seventies work has been made available under one roof, and the first time that the karaoke-anticipating backing tracks have been made commercially available. 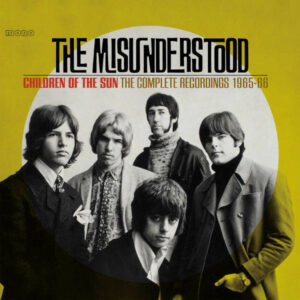 The Misunderstood / Children Of The Sun (The Complete Recordings 1965-1966)

The Misunderstood must rank as one of the greatest cult bands of the sixties psychedelia era. The band began forging their innovative sound in Riverside, California, where they were discovered by DJ John Peel (then working in the US as John Ravenscroft). Having cut a few recordings locally, the band relocated to the UK on Peel’s recommendation. CHILDREN OF THE SUN finally assembles The Misunderstood’s entire known output from 1965-1966 onto one package, suitably re-mastered by Alec Palao. With incisive sleeve-notes from Mike Stax (Ugly Things) and involvement with various original band members, and a handsome design from Andy Morten (Shindig!), this is truly the definitive document of a legendary underground band, assembled by those who love their music.