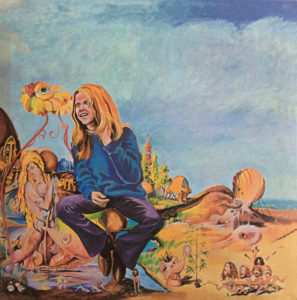 Blue Cheer / Outside Inside

Outside inside is Blue Cheer’s second LP, released by Philips Records in August 1968. Its tracks were recorded both outdoors and indoors—hence the title of the album… The band would be forced to record some of the tracks at Pier 57 after getting kicked out of at least one studio for playing too loud.