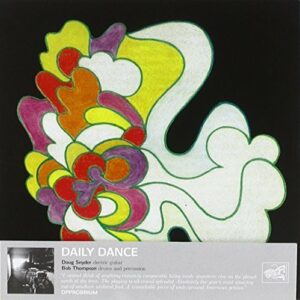 After meeting at a Stooges/MC5 concert, drummer Bob Thompson and guitarist Doug Snyder met one fine day in October 1972 in Thompson’s kitchen and bashed out this set of fiery improvisations, seemingly influenced as much by Iggy’s proto-punk moves as John Coltrane’s whole “sheets of sound” ethos; the result is a mythical frenzy of distorted guitar and improvised drums, creating walls of psychedelic noise; its sound is unparalleled for its time, preceding its closest kin, New York’s no-wave explosion, by a solid five years.