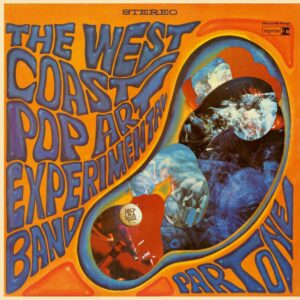 The bizarre psychedelic rock music from The West Coast Pop Art Experimental Band came to life on their second album Part One. It features a diversity of compositions by, among others, Frank Zappa and P.F. Sloan. Its is the most song-oriented album they released, but still containing much of their schizophrenia melodies.