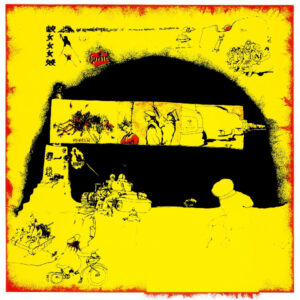 Zippo Zetterlink / In The Poor Sun

Wolfgang Orschakowski is one of the most free spirits of the krautrock underground. Hailing from Hamburg, he has been producing music, paintings and all other kinds of artistic projects for the past four decades, always active with dozens of new projects boiling inside his head. Zippo Zetterlink In The Poor Sun, originally released in 1971 as a self produced private pressing that is nowadays impossible to find unless you are ready to pay some amounts of money in the collector’s market, was his first ever release. It is at last reissued in vinyl, a properly licensed edition done with the kind cooperation of Wolfgang himself and housed in an exact repro of its original sleeve.