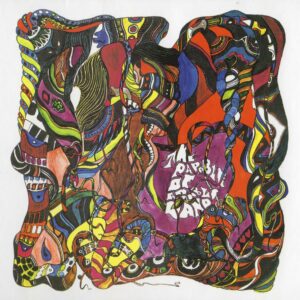 Red Crayola With The Familiar Ugly / The Parable Of Arable Land

Exact repro reissue, originally released in 1967. “The Red Krayola’s debut remains their most celebrated and notorious effort. Although this was categorized as psychedelia when first released, it’s more like futuristic avant-noise-rock.