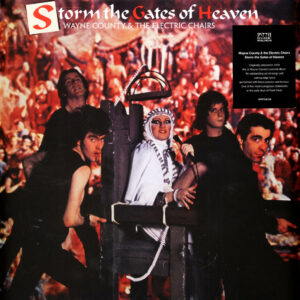 Wayne County & The Electric Chairs – Storm The Gates Of Heaven

An artful blend of County’s characteristic outrage and the pure pop genius that lay behind the garish accoutrements, Storm the Gates of Heaven jams its eight tracks between two undisguised classics, the anthemic title track and a so-optimistic reading of “Tomorrow Is Another Day, not to mention a stunning cover-version of the Electric Prune´s “I had too much to dream last Night.” 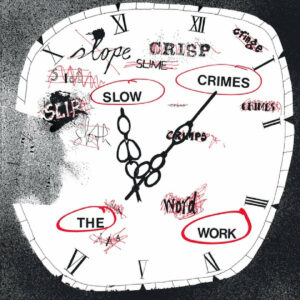 Spittle Records present a reissue of The Work’s Slow Crimes, originally released in 1982. From the heart of the late ’70s/early ’80s British underground scene, an extraordinary album at the very edge between art-rock and punk. The Work were a full electric band featuring Tim Hodgkinson, his very first project after the seminal experience of Henry Cow, and three younger maverick figures from the London underground scene. Guitarist Bill Gilonis (The Lowest Note, News from Babel, The Hat Shoes), bassist Mick Hobbs (Officer!, Half Japanese), and drummer Rick Wilson (Family Fodder). The Work embodies the crucial step between two unrepeatable decades in music. An unprecedented mixture of rock complexity and punk attitude.