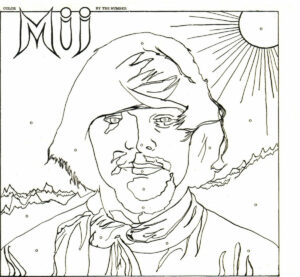 Mij – Yodeling Astrologer (aka: Color By The Number)

“Yodeling Astrologer” (aka: Color By The Number) could be considered an anomaly, a one-off or a miracle of circumstance in the history of psychedelic pop music. Mij, a.k.a. Jim Holmberg was discovered by ESP owners while playing in Washington Square Park in the summer of 1968. His style and persona mesmerized the label heads, and he explained to them a recent auto accident had fractured his skull but left him changed. He perceived sound, color and vision differently and he had funneled this new world of perception directly into his music. All this was enough to warrant getting Mij into the studio to lay down a record of his rambly, cosmic folk songs. The entire album was recorded in three hours, first-takes and impromptu production intact, then pressed up and introduced to the world shortly thereafter. — Available on vinyl for the first time since an incredibly limited original pressing in 1969 on ESP Disk’. 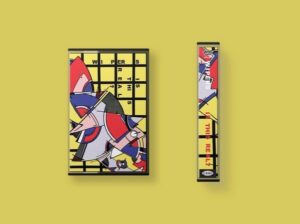 First time on cassette on Jackpot Records. Unquestionably Portland’s most well-loved punk group, the Wipers formed in the late 1970s and in 1980 released their debut LP, ‘Is This Real?’- twelve songs of stabbing, jittery guitar, snapped vocals, and unabashed teen angst. Full of desperation and yearning, the album has stood as a blueprint for wretched youth for over 25 years. In the early 1990s ‘Is This Real?’ was given mainstream attention when Nirvana covered two tracks off the record and Cobain announced it was one of the primary influences on his group. Remastered from the original tapes as provided by Greg Sage himself. First time on cassette on Jackpot Records. Simply obliterating any conception of the Wipers as a mere punk band, Greg Sage released this follow-up to ‘Is This Real?’ in 1981 – a sophisticated, overwhelming response to the evil times marked by the turn of the decade. Broken up into six long songs, ‘Youth Of America’ is a much colder, harrowing experience than the teen angst of their debut. Vocally, Sage comes off as sleep-deprived and forsaken, snarling not only at his own predicament but at the predicament of the entire world.