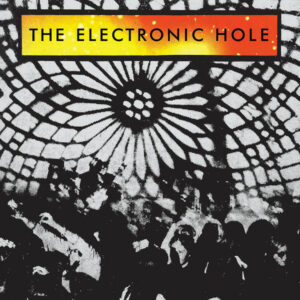 The Beat Of The Earth – The Electronic Hole

Life Goes On Records present a reissue of The Beat Of The Earth‘s The Electronic Hole, originally released in 1970. Second album from the cultish experimental jam band formed in 1967 in Orange County, California. Their second effort from 1970 — The Electronic Hole — takes a step away from their earlier work, being composed with definite song structures versus the earlier drawn-out freeform jams. Sounding much like a west-coast version of The Velvet Underground & Nico, the album has melodic motifs but is much more primitive and mysterious than its cousin, with loads of fuzz, haunting organ, Phil Pearlman vocals, and even some sitar, acoustic strumming, and ballad-like moments (“Love Will Find A Way, Part I”). The album includes even a wild cover of Frank Zappa‘s “Trouble Every Day”. Had the story ended here it would have been a real tragedy, as Pearlman’s finest hour was yet to come. Six years later (with who knows what in between), recording commenced on the majestic Relatively Clean Rivers album with an entirely new band and musical vision. 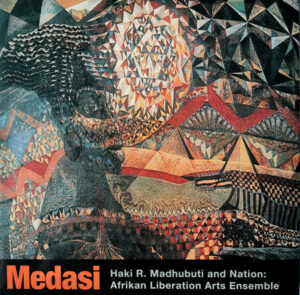 Super-rare deep soul / spiritual jazz from the 70s! A little-known sought after obscurity of afro-centric deep jazz, recorded in 1976/77 with Nation: Afrikan Liberation Arts Ensemble and reissued in 2021 on Life Goes On Records. An absolute delight ! 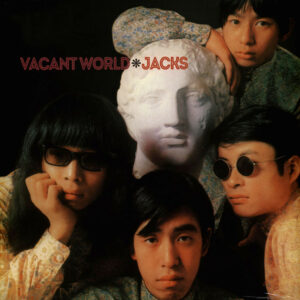 One of the most groundbreaking bands in the field of Japanese psychedelic is a short lived group by the name of Jacks. Jacks formed in 1965, and in 1968, just three years later, Jacks released one of the most revolutionary albums to surface in 20th century Japanese music. The album, known in Japan as “Jacks no Sekai” (loosely translated as The World of Jacks), and known as “Vacant World” mostly everywhere else, showed the young group channeling pure psychedelic music with an experimental touch, and, with the album’s cozy, homelike atmosphere, various bands seemed to have immediately been influenced, starting with the likes of Happy End and Gedo.